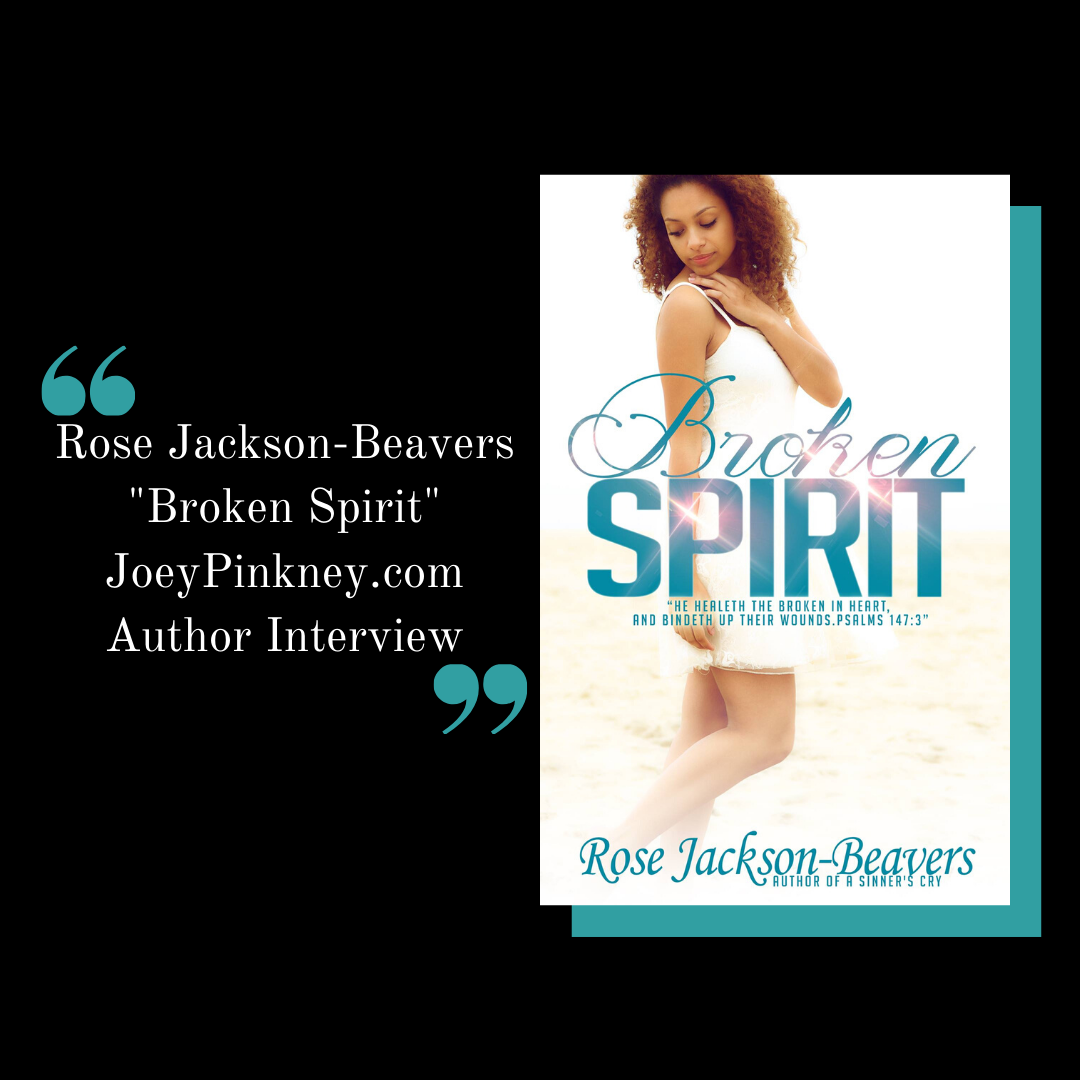 Rose Jackson-Beavers: My inspiration to write Broken Spirit came from hearing negative stories about pastors. When I read the newspapers, I always read about the negative things clergymen were doing in the church and how their actions hurt many of their congregants. It seemed like the focus wouldn’t be on the positive things that Leaders did, but rather on the poor decisions that the minority made. I like to write stories that show good pastors doing the work of God.

Although it is true that some pastors are faced with problems and drama from some members of their churches and may fall, most people expect this to happen. I realize that pastors are human and that they too may sin. I wanted to write about those that or imperfect and struggle to stay on the right path, but ultimately follows the Will of God.

It also gave me the opportunity to revisit some of my interesting characters from A Sinner’s Cry and bring them into Broken Spirit to see what they were doing. Most of my books are stand-alone, but I wanted to revisit one colorful character to see had she been redeemed.

JP: What sets Broken Spirit apart from other books in the same genre?

RJB: I write edgy Christian fiction but have decided to label my writings in the confines of Contemporary Fiction. There’s a sense of censorship when it comes to writing anything that is religious in any context. I write real stories based on real life examples, and I want my writings to help someone who believes they are lost.

For me to be able to reach a broad audience, I have to push the envelope in the stories and imagery I use. I have to gain the reader’s attention in a way that is not widely used in Christian fiction. I want to let the reader know that although we all have sinned and fallen short of the Glory of God, there is always hope and redemption. Being honest and telling stories that mirror real situations that people face daily is the only way I know I’m making a difference. 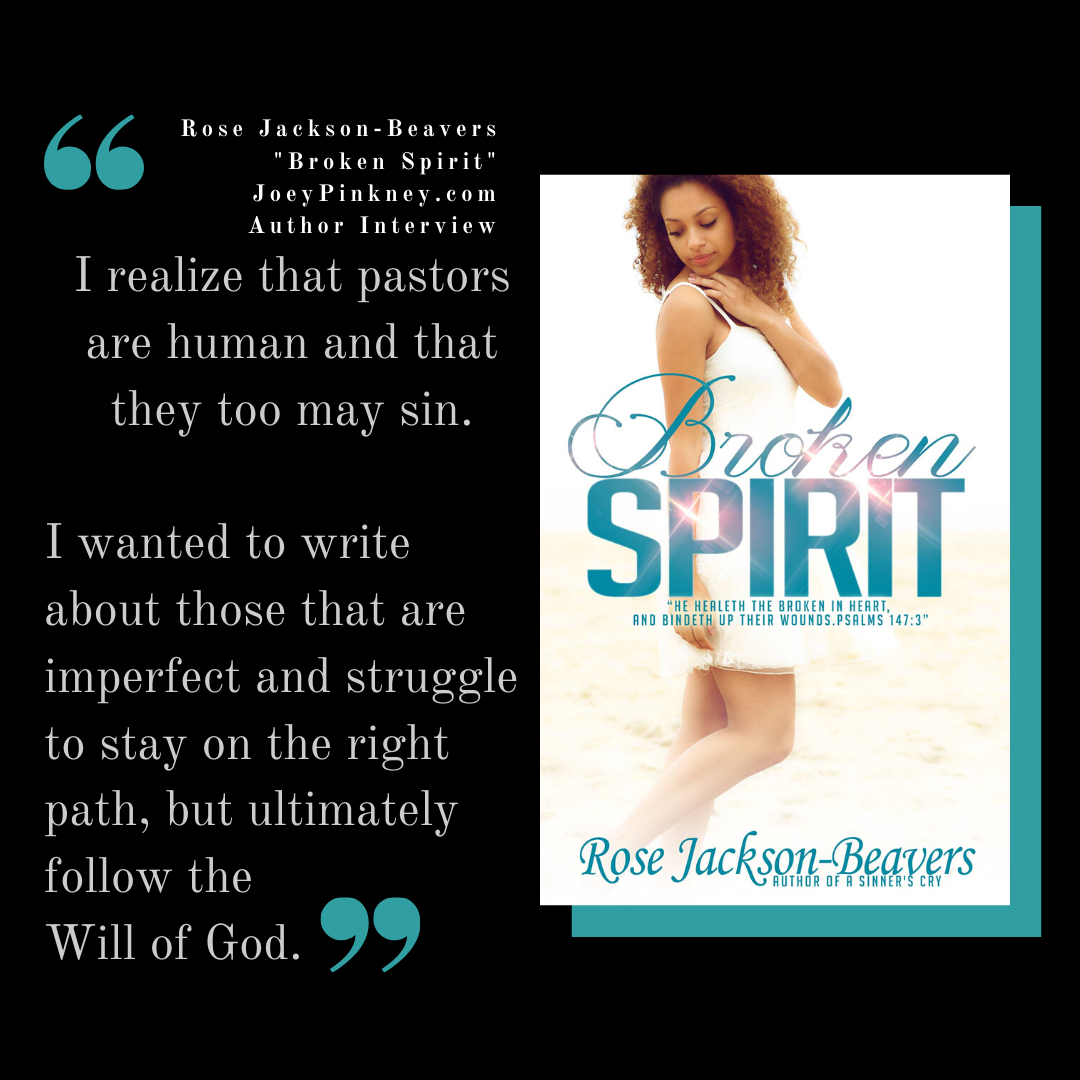 JP: As an author, what are the keys to your success that led to Broken Spirit getting out to the public?

RJB: First, you have to write a good story that people want to share and discuss. Next, people have to talk about your work because word-of-mouth is a valuable marketing tool in getting information to the public.

You also must market your work. You cannot write a book, sit back and pray the book sells. Although prayer works, you still need to add action. You have to put the work in for people to buy your book and they cannot do this if they don’t know it exists.

I’ve been blessed to have been in this business as a publisher and author for over ten years. I am flexible and can write in several genres. I have tried to remain relevant by writing good stories, networking, and getting to know readers. I have also published some great authors who put in the work, and I have worked with several best-selling authors who have introduced my work to their readers.

JP: As an author, what is your writing process? How long did it take you to start and finish Broken Spirit?

RJB: I make it my goal to write something every day, whether it’s a press release, an article for my blog, or finishing different literary assignments. For my books, I tend to write when the mood hits me.

The time line to complete a book varies. I could write a book in thirty days or four months depending on the story and what the characters are doing. I write something daily, and though it may not be stories, I feel like that helps with sharpening my writing skills. 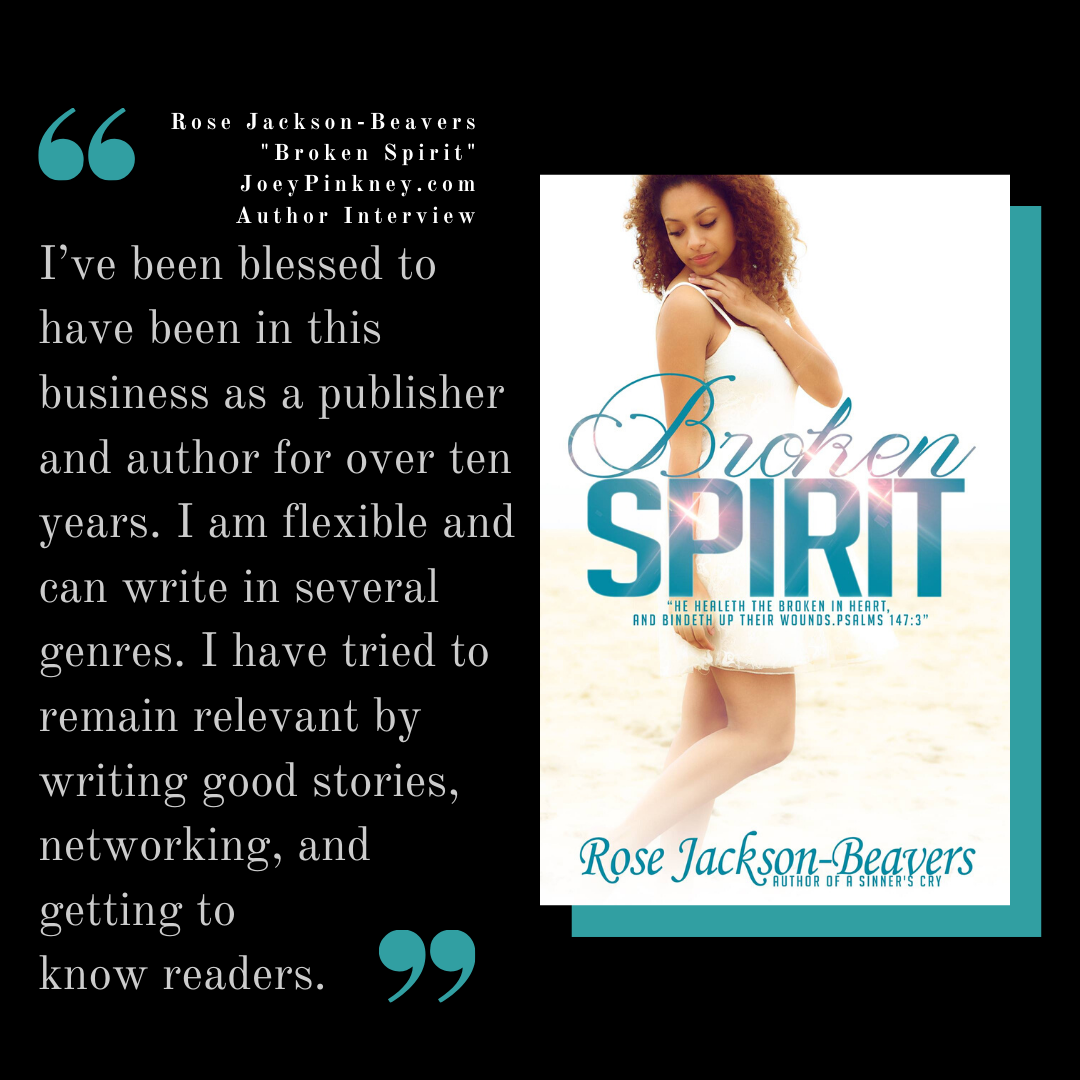 JP: What’s next for Rose Jackson-Beavers?

RJB: I’m writing an office romance which will be a novella. I am also releasing Beneath the Surface which is a book about love and how it can quickly change when domestic violence is involved. I am writing an edgy Christian book with a well-known author we hope to finish by Christmas.

I will also complete my third book, featuring Sister Clay, who has appeared in two of my full sized novels. You can also look for my new book I am writing with a nationally known mental health expert to help young adults who suffer from mental health. This book, not yet titled will give strategies and tips for their parents to get children the help they need to address growing behavioral health issues.

“JoeyPinkney.com earns affiliate commissions from Amazon for qualifying purchases. The independently selected product(s) mentioned in this content are those of the publisher, not Amazon.”