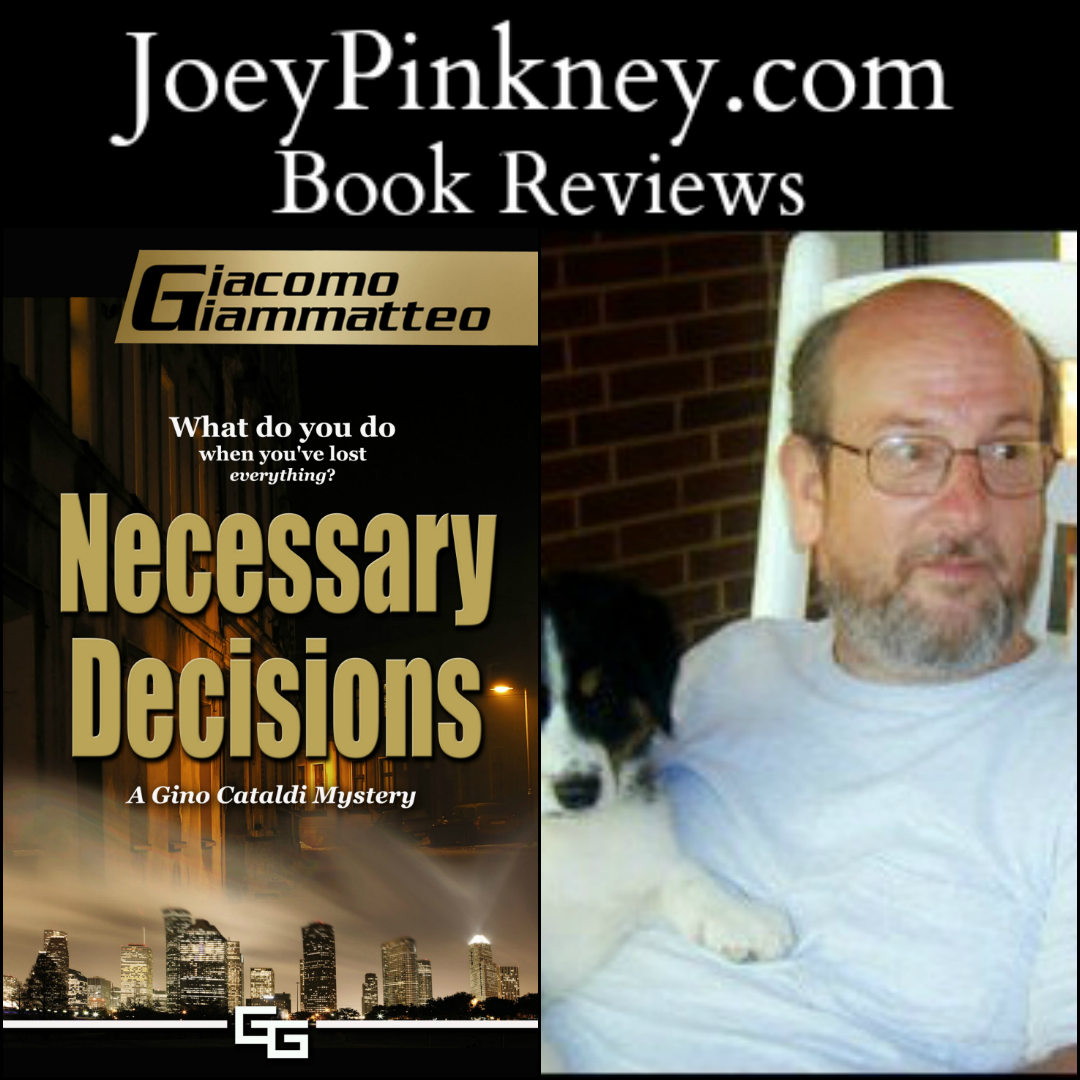 In Necessary Decisions: A Gino Cataldi Mystery, author Giacommo Giamatteo places Detective Cataldi in a complex entanglement of crime, greed and guilt. Cops, criminals and innocent people clash in ways that will make you wonder how much fact is in this piece of crime fiction. 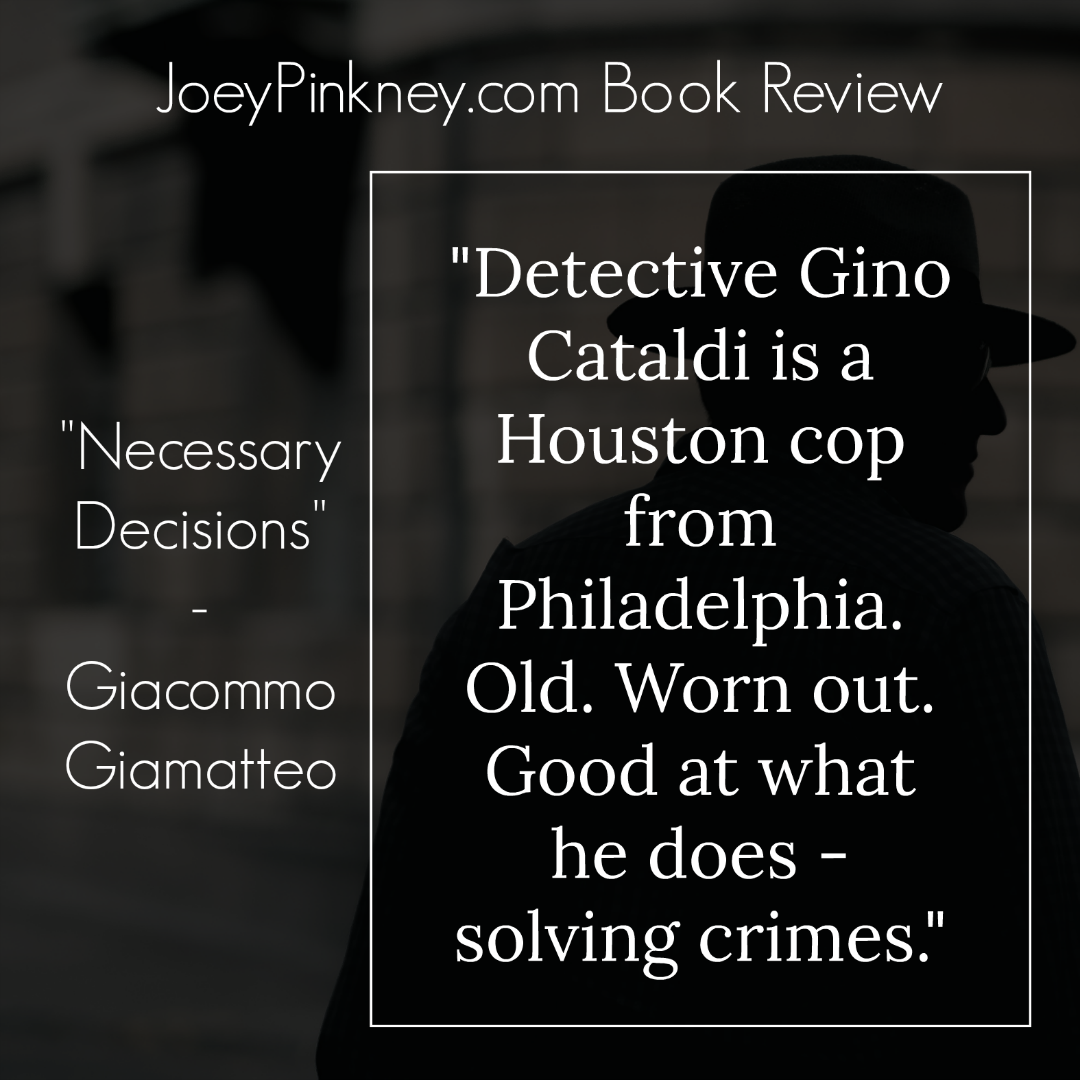 Detective Gino Cataldi is a Houston cop from Philadelphia. Old. Worn out. Good at what he does – solving crimes. Deep in his heart is the sorrow of being a widower, losing his wife to cancer. Ever present on his mind is the possibility that his adult son will be tempted to indulge, yet again, in his drug addiction.

Hector “Ribs” Delgado is Gino’s cousin by marriage and also a detective on the force. Ribs is always close enough to keep Gino from letting his demons get the best of him – whether Gino is home alone, dealing with his own baggage, or out in the field chasing down lawbreakers.

A loose-knit, highly-organized criminal enterprise is making its rounds through Houston, TX, with a lot of precision – leaving behind a few lumps and bruises. Unluckily for Gino, he was at the wrong place at the wrong time. He gets the ugly end of the stick when the criminals rob a poker game he and Ribs are attending. The same crew strikes again. This time it’s even more violent. Gino gets assigned the case to bring these outlaws to justice.

Lonny and Lucia Hackett are giving everything they have to keep their teenage boy and girl happy and healthy. “Everything” is barely enough, then Lonny loses his job. He’s stuck between a rock and a hard place: crime or homelessness. He joins the criminal crew, and he hates himself for it. He walks away with a nice chunk of change and a ton of guilt. Although he immediately cuts his ties with the operation, his brief involvement comes back to haunt his family. 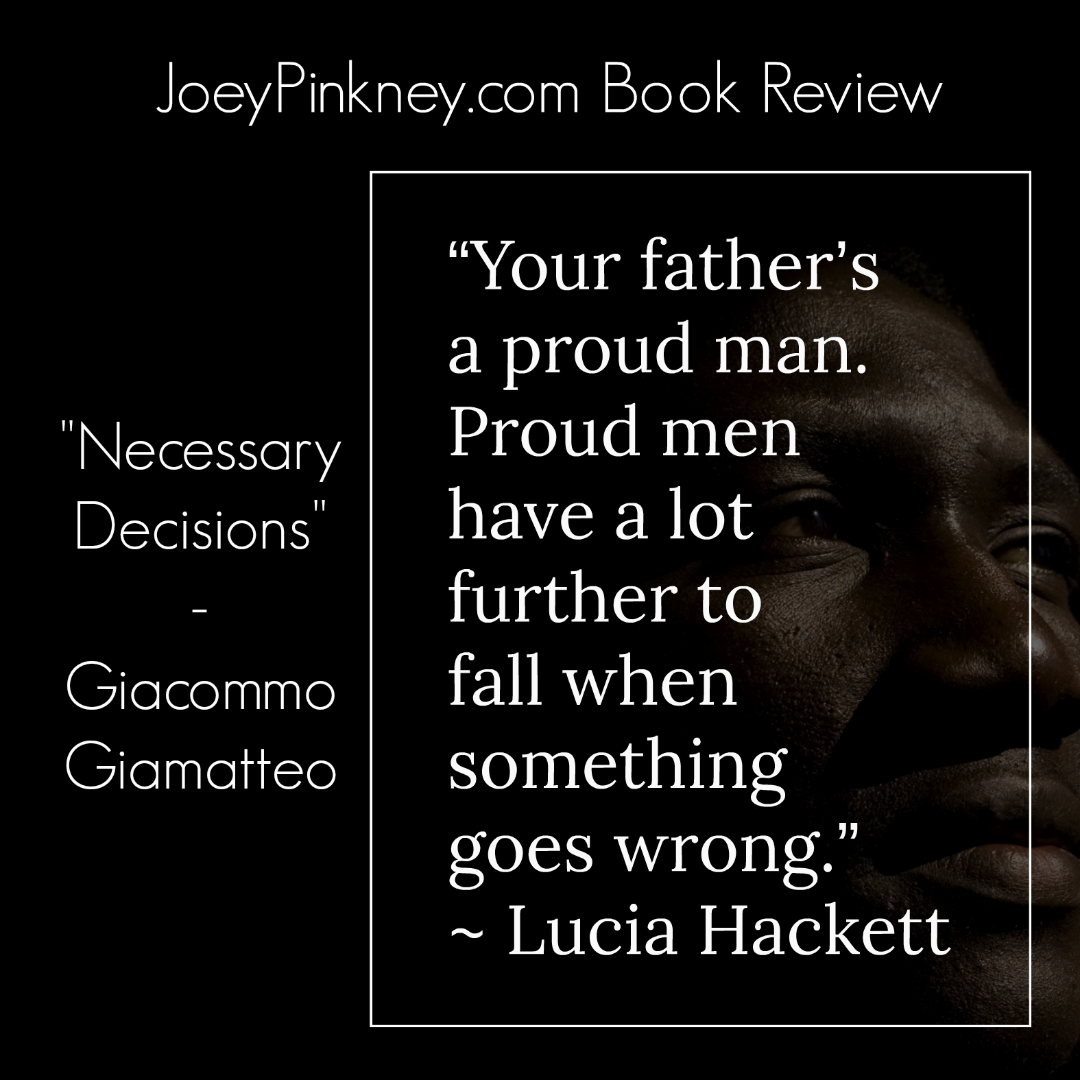 Scott Winthrop is on the cusp of receiving a huge financial windfall. The pharmaceutical startup has developed a medicine that could provide Winthrop with a multimillion dollar payout once the IPO is completed – if he can make it past the clinical trials. When Scott’s daughter gets kidnapped, the ransom is set against his upcoming profits.

Detective Cataldi gets called in to find the teenager as quickly as possible. Elements from this kidnapping case brings back memories of a case that was so horrific that it caused him to flee Philadelphia and nearly drove him insane. He must face his demons while doing everything to crack this case in Houston and not let another teenage girl’s life be destroyed in the balance.

Giamatteo filled this three-hundred eighty page novel to the brim with internal and external struggles, quotable dialogue, acts of compassion and flurries of action. The story jumps situation to situation in a way that’s intuitive. The author did a great job of arranging the chapters so that you can easily conceptualize how the multiple predicaments are taking place simultaneously.

The chapters are even in word count, which makes its easy to gauge how much time it will take to get to the next stopping point. This is a good thing since it’s hard to stop reading this book mid-chapter due to the complexity of this story. Since the fast pace never lets up, you could easily finish this story in a five- to six-hour reading session.

It’s also worth re-reading to see what was really happening throughout the story that you couldn’t have known the first time through.

The author wrote Cataldi’s parts in first person and the rest in third person. When Detective Gino Cataldi is the focus of the action, the reader gets to see how Cataldi’s past and present affects his thought processes and movements in this tricky game of cops and robbers. This makes you feel like you’re Cataldi’s shadow, trailing him through the blurry lines he tries to draw between his personal demons and his professional life.

The cast of characters are so rich and individually distinct that you’ll be instantly pulled into their worlds of quirks and instincts. You have various law enforcement personnel, teenagers, parents, crooks, millionaires, etc. that make this complex story realistic and engaging. There aren’t any fluff characters nor filler words in Necessary Decisions. The author did a great job of making an extreme situation realistic and human.

This is a story that you have to read twice to really unravel all of the intricacies, plot twists and turns. There are at least five storylines, big and small, happening concurrently, yet the story doesn’t feel rushed or overwhelming. Instead, every single little detail is relevant to something important to the story. It’s impossible to predict the ending and how the events during the story lead to the conclusion. The author made this story an intriguing puzzle of people, places and harsh realities.

There were at least two key places in the version of the novel I read where the race of certain characters weren’t made clear enough – causing me to be confused later in the story when that aspect of the person was undeniably relevant. Without sufficient literary queues, I was stunned when I learned the racial identity of certain characters. It didn’t take away from the overall story, but those details were important nonetheless. 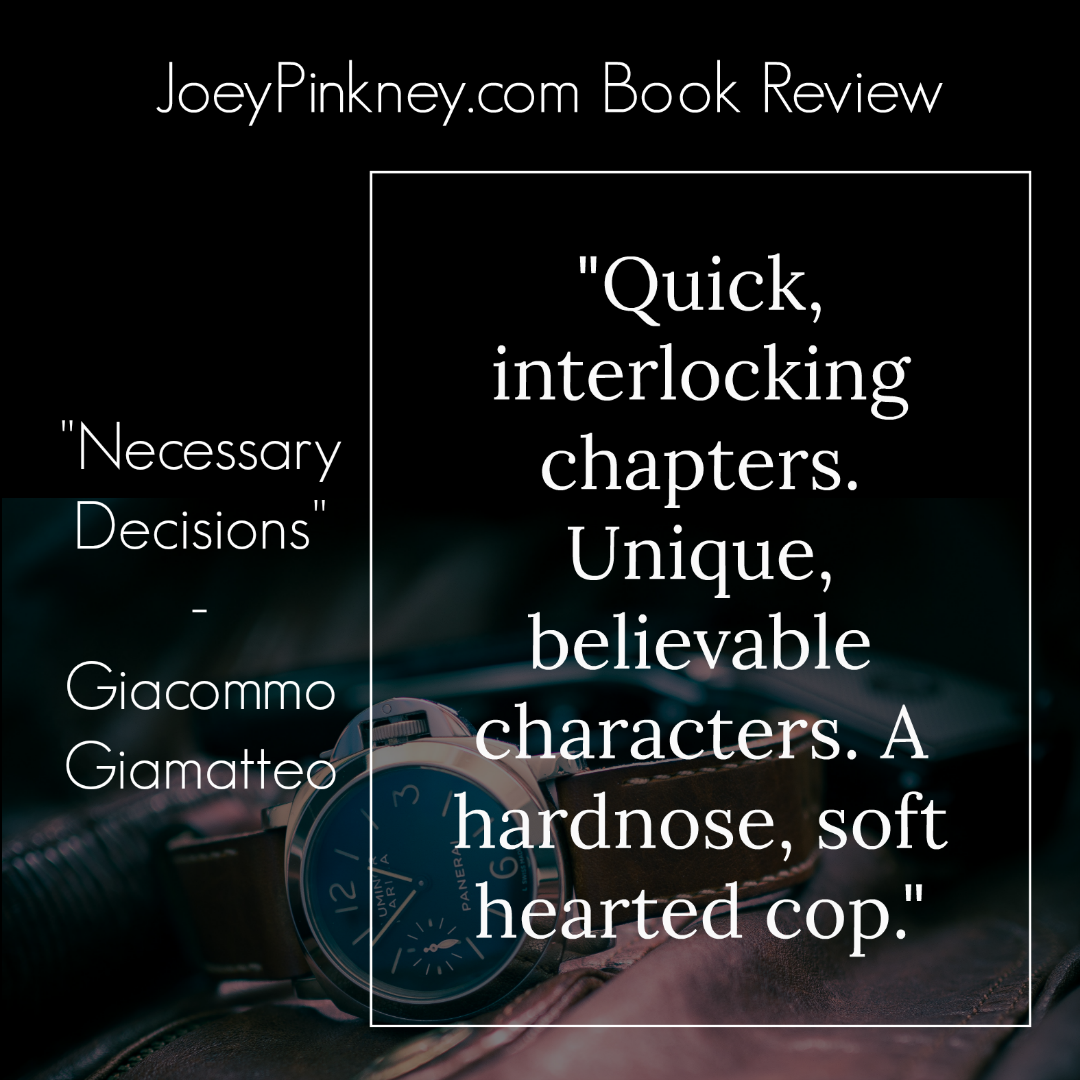