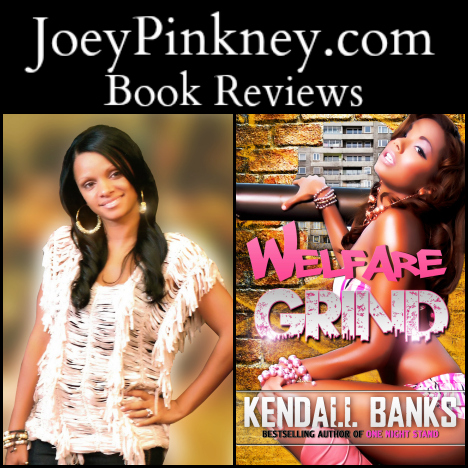 Keema Newell is a Land Shark. There is no other way to put it. She is to society what sharks are to Shark Week. She was born to “eat food”, slang for getting money. Keema even named each one of her children after money: Treasure, Cash and Dinero. And she looks at them as her “investments”. What’s worse, she’s keeping her boyfriend Dupree’s autistic son, Shane. Dupree is a drug dealer that stashes drugs, money and guns in Keema’s apartment. Legality and morals are not a part of her DNA.

Things quickly kick into high gear when the DEA kick in the door. From that point on, Kendall Banks hits you with plot twist after plot twist that will keep you on your toes. If Keema’s children are a means to an end, you know her “friends” will be also. Imani, her literal “partner in crime”, is the closest thing Keema has to an associate. But like any other relationship, Keema makes sure it is to her advantage. In Keema’s eyes, Imani’s slowly deteriorating mental health is no excuse reveal the dirt they did together to anyone. Sad, but true.

“Welfare Grind” is told from Keema’s perspective, so you get to see her innermost thoughts as she navigates her way out of the crime-ridden city of Baltimore and preys upon the loopholes in the welfare system and “tax free” ways to make money in the streets. Her ultimate life goal is to move to Arizona and run her day spa as a legitimate business. In her mind, if a couple of people close to her have to die and a few of her children have to be left behind, so let it be so…

Kendall Banks writes in a tight, concise style that leaves no room for downtime. Something scandalous is happening on every page, in every paragraph and in every sentence. Normally, hood stories are stereotypical and trite. “Welfare Grind” has every element and effect that is par for the course in Urban Fiction, but the difference is quality execution. There were a few editing issues here and there, but those gaffes didn’t destroy the momentum. Banks has an impeccable eye for detail and did a great job of weaving together different scenarios in a way that only a master storyteller can.

If you’re looking for happy endings and altruistic values, go find another book to read. If you want to be entertained by a story full of drugs, sex and violence written in a way challenges you to figure out just how deceitful a person can get in her journey to leave the hood life for the good life, give “Welfare Grind” by Kendall Banks a chance. You won’t be disappointed.