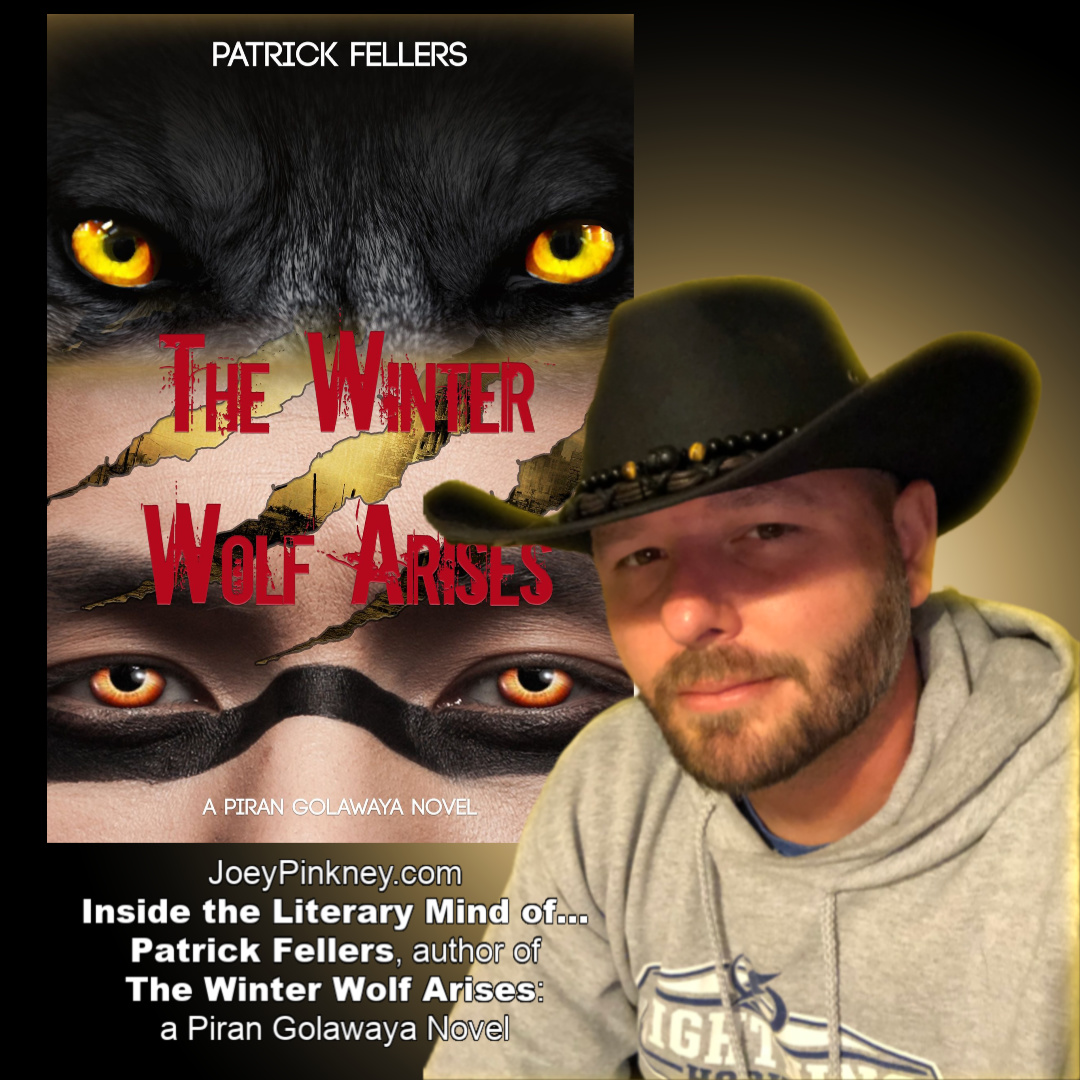 JP: The adventure of writing can be an interesting teacher. What have you learned either about the process of writing this saga or about this storyline that you didn’t know and /or couldn’t imagine before embarking on this path to publication? What are some experiences and/or techniques you will take into the next installment in this saga?

PF: Letting the story come out more organically is the best route for my style of writing. My first attempt at designing a novel had me writing a full outline, intricate sub-plots, and detailed character profiles. Some of these were helpful, but I learned that designing a full outline hindered my creative side rather than facilitated it especially when taking the first-person perspective approach.

What I learned is that you have to live in the mind of your characters and do your best the think, act, and feel like they do. Sometimes I think that I’m dangerously close to a weird form of split personality, but it’s more freeing than being caged by a particular outline. What I did instead of following too close to an outline is taking notes on events that happen, or that you want to happen, while walking in a character’s footsteps, at least for the first book in a potential series.

I’m probably not explaining this correctly because for each idea that occurs there is no small amount of research that goes in it, and we have to be reasonably accurate when referencing technologies, folklore, or theological ideals. As for the second book in the series, I have already repeatedly referenced my aforementioned notes so that I don’t leave out any details regarding sub-plots or aspects of the main story arch. People notice inconsistencies which is one of the pitfalls of writing a story organically rather than structured. 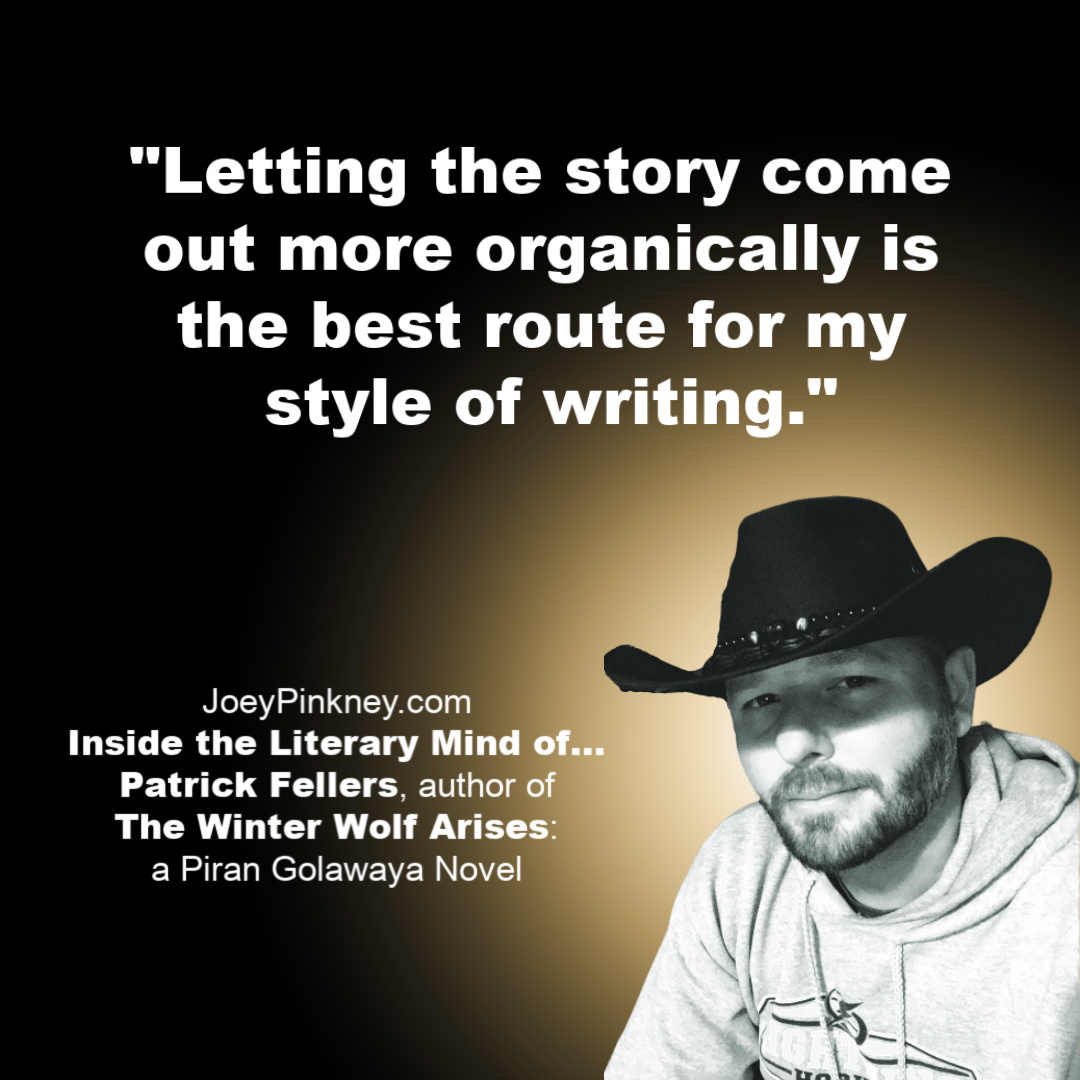 JP: Stories, many times, begin to take a life of their own as you write them. You went through a few revisions and formats before finalizing the flow of this book for publication. What changed about your story that changed the way you had to tell it? What external resources – like books or websites – did you use to find what worked for you and this story and these books?

PF: The first few versions were changed because the only proofreader I had at the time was my mom. She said after reading a few chapters that I started too slow, and it needed more “action”. Basically, I got bogged down in the details and descriptions. With that knowledge in mind, I simply sped up the timeline of events and added character reflection chapters that added details about additional battles and provided deeper context to character personalities.

I used several books and websites like the Native Languages of the Americas website for better understanding of the Cherokee. I used Google Translate for some of the foreign languages. I perused MysticalCreaturesGuide.com for a quick reference into Fae Lore. There were a great many others of course, but these three were very help for quick references.

Joey Pinkney: A great deal of writers are avid readers. Looking back on what you’ve created in the characters and what you’ve started with the first novel in the A Piran Golawaya Novel series with “The Winter Wolf Arises,” how have authors like Peter F. Hamilton, Garon Whited, R.A. Salvatore directly influence the way you wrote this story?

Patrick Fellers: This is a more complex question than most people realize. We are all influenced in various ways by our family, friends, favorite authors, actors, and other idols or favored artists. For this series Mr. Hamilton has had minimal influence other than perhaps the futuristic armor, weapons, and other science fiction elements in the story.

However, Garon Whited and Mark Tufo had a fair amount of influence on the design and style of the first-person writing approach. R.A. Salvatore and the rest of the Forgotten Realms writers had heavier influences on the idea of Light and Dark Elves in addition to magically enchanted swords, knives, armor, and other gear needed for warriors and wizards. Mr. Whited and Mr. Tufo also had influences on my decision to incorporate interdimensional theories and astral projection. 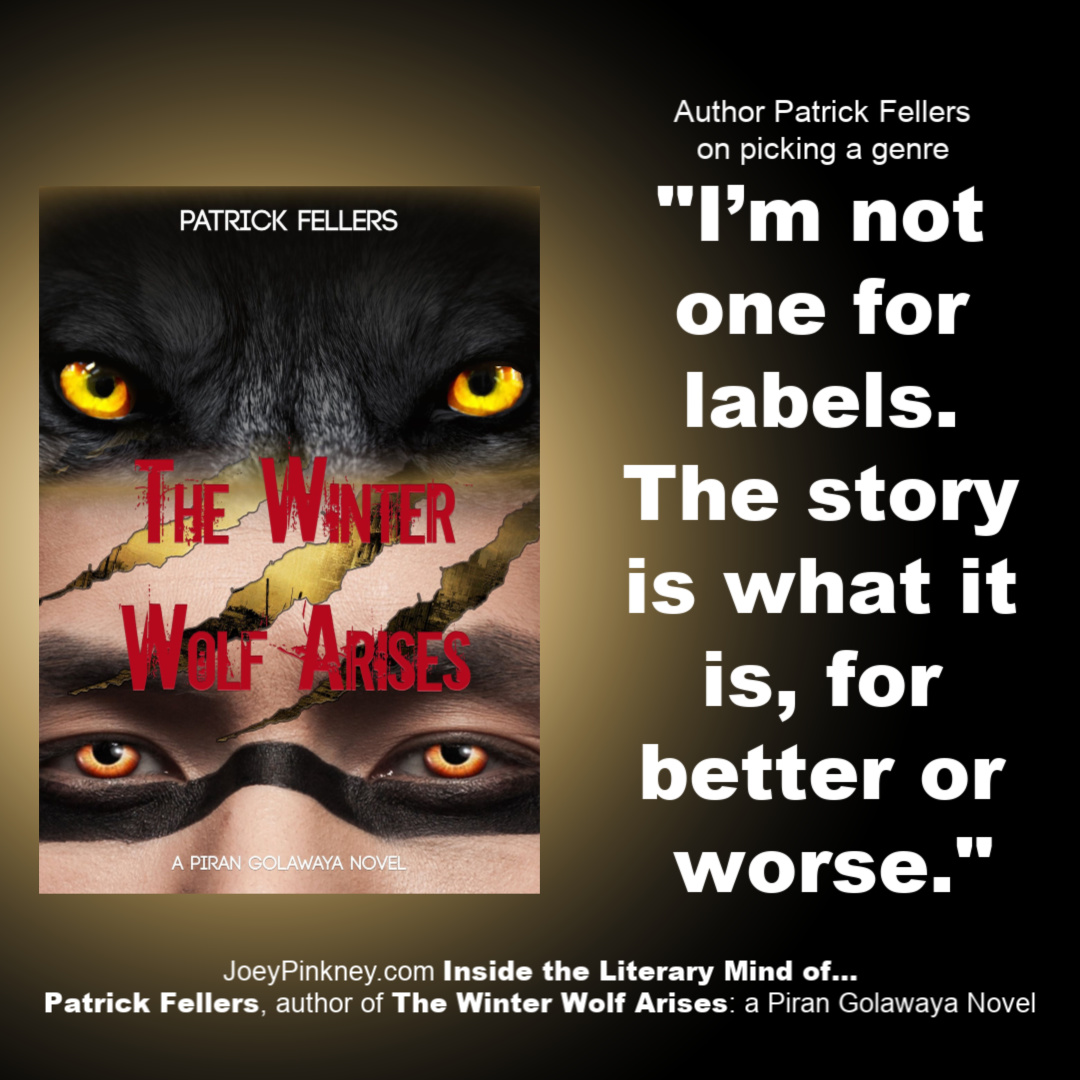 JP: In the world you built for this story, ten years after a nuclear holocaust, only a quarter of the world’s current population survives. Why did you decide to incorporate those two elements into the story? What do they symbolize in our real world?

PF: I think that most Americans are aware of the ongoing issues with North Korea and with some of the other world powers that have nuclear weapons technology. I simply took the potential for disaster to the next level. As for the Earth itself rebelling against humanity, that is a reflection of how we treat our planet regarding pollution, over population, and the slow eradication of many other species that inhabit our planet. Some areas of the planet in “The Winter Wolf Arises” are certainly uninhabitable, but there is a team of more benign magical entities doing their best to clean up what humanity has done.

PF: “The Winter Wolf Arises” operated on two different worlds: Earth and Evighetens Land (Land of Eternity). Evighetens Land is the homeland for the Fae, or Fairy Folk if you like. The Fae certainly fall into the fantasy genre. Since vampires, shapeshifters, and other Earth-bound supernatural creatures are so popular to readers, I felt they should be represented. Since this is a dystopian type of future, I envisioned the survivors of our present-day technology developers designing several futuristic tools for the surviving military entities to use during their missions.

As for stamping a specific genre to this story, that’s difficult to do. There are so many elements in each one. “The Winter Wolf Arises” comes close to Urban Fantasy – maybe even Paranormal Romance in some areas. I’ll let the readers decided where it fits. I’m not one for labels. The story is what it is, for better or worse.