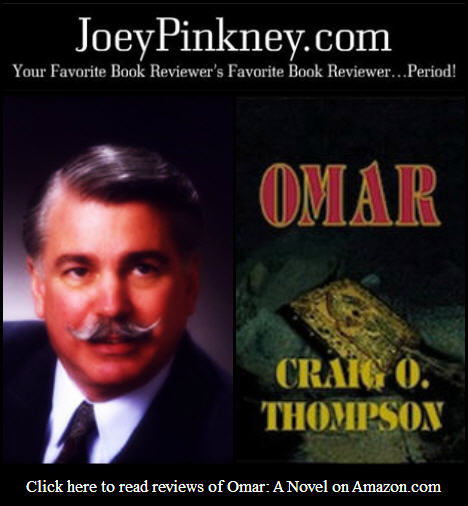 “Omar: A Novel” by Craig O. Thompson is a story of intrigue, deceit, sunken treasure and history. Centered around the RMS Titanic and a book – “Rubyiat of Omar Khayyam”. The Great Omar is known worldwide as “the most magnificent book binding in the world”. This book was bound with a cover made with various leathers, rubies, pearls, ebony, silver, satinwood, gold and many other additional precious stones and metals. It was being transported from England to America on the Titanic. In the gravesite of rusted metal and forgotten souls at the bottom of the ocean lies a book now worth over $30 million. END_OF_DOCUMENT_TOKEN_TO_BE_REPLACED

In 1995, CIA/FBI jointly discovered secret plans to recover a trove of priceless treasure from deep below the North Atlantic Ice Barrier, aboard the RMS Titanic. An ultra-zealous terrorist group competed against mercenary divers, hired by a billionaire oilman, which set off a complex web of international intrigue and suspense.

Dr. Cary Parker, Woods Hole oceanographer and archaeologist, was recruited by CIA’s Colonel Bramson to beat both teams to the ship’s grave. And a wave of worldwide terrorism was set into motion at 2077 fathoms, as a rare, priceless book and unrecovered treasure became the primary focus of a triadic search.

Joey Pinkney: Where did you get the inspiration to write OMAR: A Novel (A Cary Parker Thriller)?

Craig O. Thompson: My inspiration for OMAR: A Novel came from a very short reference in a National Geographic TV special. While watching a END_OF_DOCUMENT_TOKEN_TO_BE_REPLACED