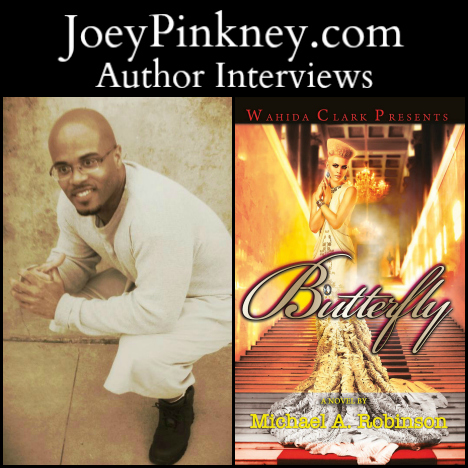 Rejected by a bitter father with high political ambitions and manipulated by a hungry wolf in sheep’s clothing, Butterfly’s greatest desire is to fly away. Her spineless mother adds to the anguish when she leaves Butterfly to fend for herself on the cold, unforgiving streets.

Like any desperate hustler, Butterfly gets on her grind and masters a few quick money-making schemes. For a brief period she enjoys the glitter and romance until her biggest lie creates a hostile frenemy who shows no mercy. Soon, Butterfly’s troubled life tumbles violently out of control.

By chance she runs into Atwater, the perfect man with the perfect plan to stabilize her otherwise twisted world. With the lure of power and wealth beyond her imagination, Atwater entices Butterfly to undertake a part in his shiesty scams. Her acceptance will usher in what’s sure to be a tumultuous storm that neither of them can escape.

Will Butterfly consent to temptation or fly away to free herself from Atwater’s devilish arms?

Joey Pinkney: Where did you get the inspiration to write Butterfly?

Michael A. Robinson: I actually got the inspiration from reading Convict’s Candy. I read the book from actually having met Damon Meadows. I thought the book was good, but I thought it victimized and judge transgenders for being gay and persecuted them at the end of the book.

I wanted to write a book that sort of glamorized the lifestyle. Some will say that jail isn’t like how the book portrays and that everybody doesn’t succumb to gay men who can pass 100% as women. I don’t dispute that, but my idea of writing Butterfly was to say that a lot of guys do succumb to transgenders who look completely like women. This can be especially true in a prison environment. And that was the inspiration for Butterfly.

JP: What sets Butterfly apart from other books in the same genre?

MAR: I would have to say it’s the plot. The plot closely follows one of the characters named Atwater. He wants to get rich and powerful. That takes Butterfly to another level.

What makes Butterfly unique is the genius of Atwater’s plan. He uses transgenders and transsexuals to attain power and wealth. That sets Butterfly apart from hundreds of other books.

JP: As an author, what are the keys to your success that lead to Butterfly getting out to the public?

MAR: Wow. That’s an interesting question for me because I’m new to the book publishing industry. I would have to give all that credit to W. Clark Publishing and the evil genius of Wahida Clark. She knows she the boss of this. She’s the machine for getting Butterfly to the public, and she has an eye for Urban Literature gold.

JP: As an author, what is your writing process? How long did it take you to start and finish Butterfly?

MAR: I must say that I’m blessed. When I’m writing, I get consumed with my thoughts, the scenes and the characters. I actually put Butterfly together in three days because I’m a speed typist. I wrote the outline first. Everything else just magically poured out of me.

I was enthralled with one of the characters, Old School. I saw a lot of me in him. I see a lot of my ambition pour out in Atwater. And I see a lot of the reckless and careless things played out in Butterfly. Every character in Butterfly is me in some form. And I just saw myself in them, and they didn’t necessarily have to be me.

The writing process is just getting the plot on paper. I try to give my characters life so that the readers can see themselves in my characters’ experiences.

JP: What’s next for Michael A. Robinson?

MAR: I have tons of things on my plate. Butterfly Part II is ready to go live. This sequel is entitled Atwater. I have some erotica novels I’m trying to push. I also have suspense/thriller novels that I have written.

I also am putting together a Political Movement called FANA, which stands for “For A New America!”. Since I’m incarcerated, it’s only so much I can do from in here, so much help is needed.

“Butterfly is about a transgender, but there’s other aspects of the book. Anyone who reads it can take something from it. There is more than just the jail experience portrayed in the story, but the reader can see the inner workings of prison life. I would like to also thank the fans for their support.” ~ Michael A. Robinson