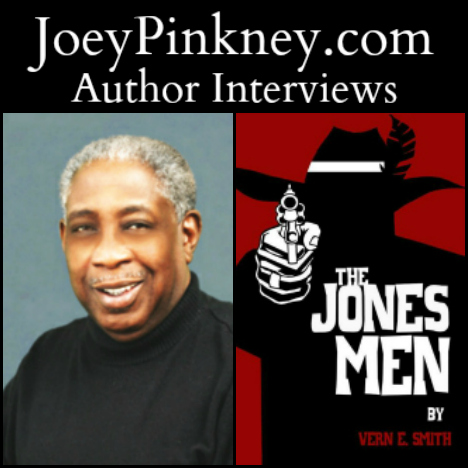 I reported a story for the magazine that turned into a piece called “Detroit’s Heroin Subculture,” in which I first used the term “jones men” to describe the players in that world.

After the piece ran, it caused quite a stir. It caught the eye of an editor who signed me to write a novel…

JP: What sets “The Jones Men” apart from other books in the same genre?

VES: People tell me different things. Immediacy is one. I grab you by the throat in the opening sentence and don’t let go. The other thing is The Jones Men is told almost entirely in dialogue, the action unfolds at a furious pace and I don’t spend a lot of time explaining this world.

I just plunge you into the middle of it, like riding a roller coaster. Somebody wrote in a review “Nowhere is he ahead of his characters.” Pretty much.

JP: As an author, what are the keys to your success that led to “The Jones Men” getting out to the public?

VES: Being able to stay focused and write in less than ideal conditions is key, and being fortunate to have editors who believed in The Jones Men and me as a writer.

JP: As an author, what is your writing process? How long did it take you to start and finish “The Jones Men”?

VES: I begin with an idea for a story, and then start to research it, noting little interesting details that might spice the story up. Characters come to mind, and a scene starts to take shape and grow as the people interact, and a story unfolds. Seeing what happens next is what keeps me coming back.

I try to write something each day on a computer, in a legal pad, and lately on the notepad on my Smartphone. The Jones Men took about 10 months to write.

VES: I have plans for a trio of crime fiction novels, including one that is not exactly a sequel to The Jones Men, but does bring back some of the characters from that book.

I’ve also written a couple of screenplays. One is called “Agile Mobile Hostile,” a bio-picture on the life of legendary Florida A&M football coach Jake Gaither, who helped pave the way to the college football game of today, based on a book by journalist George Curry, and the other, “Deke & Mickey,” was inspired by a real tragic event, the Rhythm Nightclub fire of 1940 which occurred in my hometown of Natchez, Mississippi.

I’ve also written a pilot script for a limited television series based on The Jones Men. A number of fans from the HBO series ‘The Wire’, who have discovered my novel say they see many elements in it that made them a fan of that show.

I’m also excited about publication of the first Spanish translation of The Jones Men by Sajalin editores of Barcelona in November. It will be included in the collection “al margen,” which features writers such as Edward Bunker, Hubert Selby Jr., W.L. Gresham, Malcolm Braly and James Ross.

One thought on “5 Minutes, 5 Questions With… Vern E. Smith, author of The Jones Men”