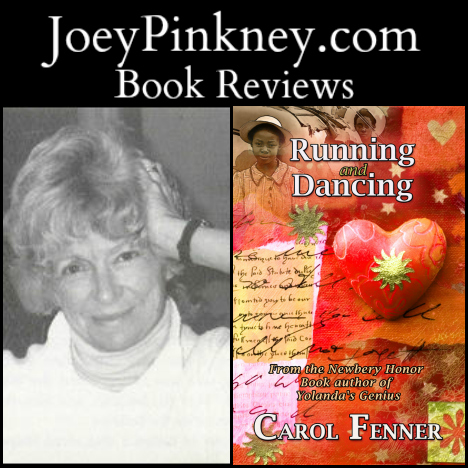 “Running and Dancing” is a posthumously published novel by Carol Fenner. Set in the late 1910s, this book is a coming-of-age story about two Black girls, Bertine and Alma, in rural Western Michigan who explore the vibrancy of life.

I was hooked on “Running and Dancing” from first chapter. Bertine and Alma’s initial adventure captured me in a way that kept me curious about where the story can go and how it will end. As the story progresses, the true beauty of this book comes through. Carol Fenner’s word choice is impeccable. She has a way with words that describes scenes, thoughts and characters with such clarity that you know exactly what’s going on, even if you haven’t experienced what’s going on in the story.

The girls grew up during a time when racism was more blatant in American culture. “Running and Dancing” does an excellent job of illustrating the meritless caste system that, for all intents and purposes, is still alive and well in the United States of America. The beauty of this book is that it shows how the social culture of that time could not stifle the energy and personality of Bertine nor the high social intelligence of Alma. “Running and Dancing” places racism within the proper context of the time period without taking over the story. Racism is present, but this not the only thing there.

As the story progresses, you get a chance to see the girls makes sense of and navigate the racism and ageism. Bertine and Alma take different routes to maintain their dignity in light of the unfair treatment they receive. The author Carol Fenner uses “Running and Dancing” to eloquently teach life lessons. Sometimes the life lessons are taught directly through a character’s experience. Other times, the life lessons are delivered through a personal anecdote or a story told by one character to another.

Although Bertine is the older, adventurous one; Alma always finds a way to be a part of the action. You can’t ask for a better juxtaposition of tomboy and girly-girl. With only two years separating Bertine and Alma, they are definitely more like sisters than aunt/niece. The snitching, the jealousy over thoughts of favoritism and the reciprocated provoking all fits together seamlessly.

Alma and Bertine also have personal journeys. Bertine, in all of her feistiness and athleticism, is still a girl on the cusp of puberty and womanhood. As she proves her strength and endurance to her young male counterparts, she inwardly fights the inevitable. Even though Alma is more of a daughter to Bertine’s mother than Bertine ever cared to be, Alma curiosity yearned to know more about her own mother, who has Bertine’s sister. The closer she gets to the truth, the closer she gets to the truth that relationships are more important than relations.

“Running and Dancing” also has a rich supporting cast of characters. From the snide teacher who hates Alma’s intelligence to the white boy who later shares puppy love with Bertine to the next door neighbor who has a very strong presence in this book. The two most powerful people in the group of secondary characters is Big Bert, Bertine’s namesake and father, and Ceely, the matriarch of the Coffey family. “Grama”, as she is affectionately referred to by Alma, is silently strong and adds a motherly wisdom. Big Bert’s presence is relayed through Bertine’s memories of their time together before he passed, which happened before the time period of the book’s beginning. Altogether, these characters wrap Bertine’s and Alma’s stories in an opulent world that is very easy to immerse yourself into.

The use of frame stories is so powerful. There were times the stories being told within the various characters were so rich that I forgot that they were offshoots of the main story. Many of the stories told by the characters give a glimpse into the rich history of slavery and personal freedom for Black people in the 1800s and 1900s – especially in the Michigan area where most of the novel is situated. Through interactions between the young and old, admonitions of the injustices current to the time period in the book, and recollections of stories told in the past, “Running and Dancing” skillfully teaches you American History without the stuffiness of a dusty, old text book.

If you are looking for a poignant piece of literature, this is the “Running and Dancing” by Carol Fenner is the book for you. You will fall in love with Alma and Bertine the same way you fall in love with those cheery-eyed kid that walks up to you for no other reason than they still have the love of life within. If this was a movie, I’d give it two thumbs up.