Joey Pinkney Exclusive Author Interview
Inside the Literary Mind of…
LaMont Anthony Wright, author of The Art of Saying No: the memoir of a naive poet
(Sunshine Solutions Publishing) 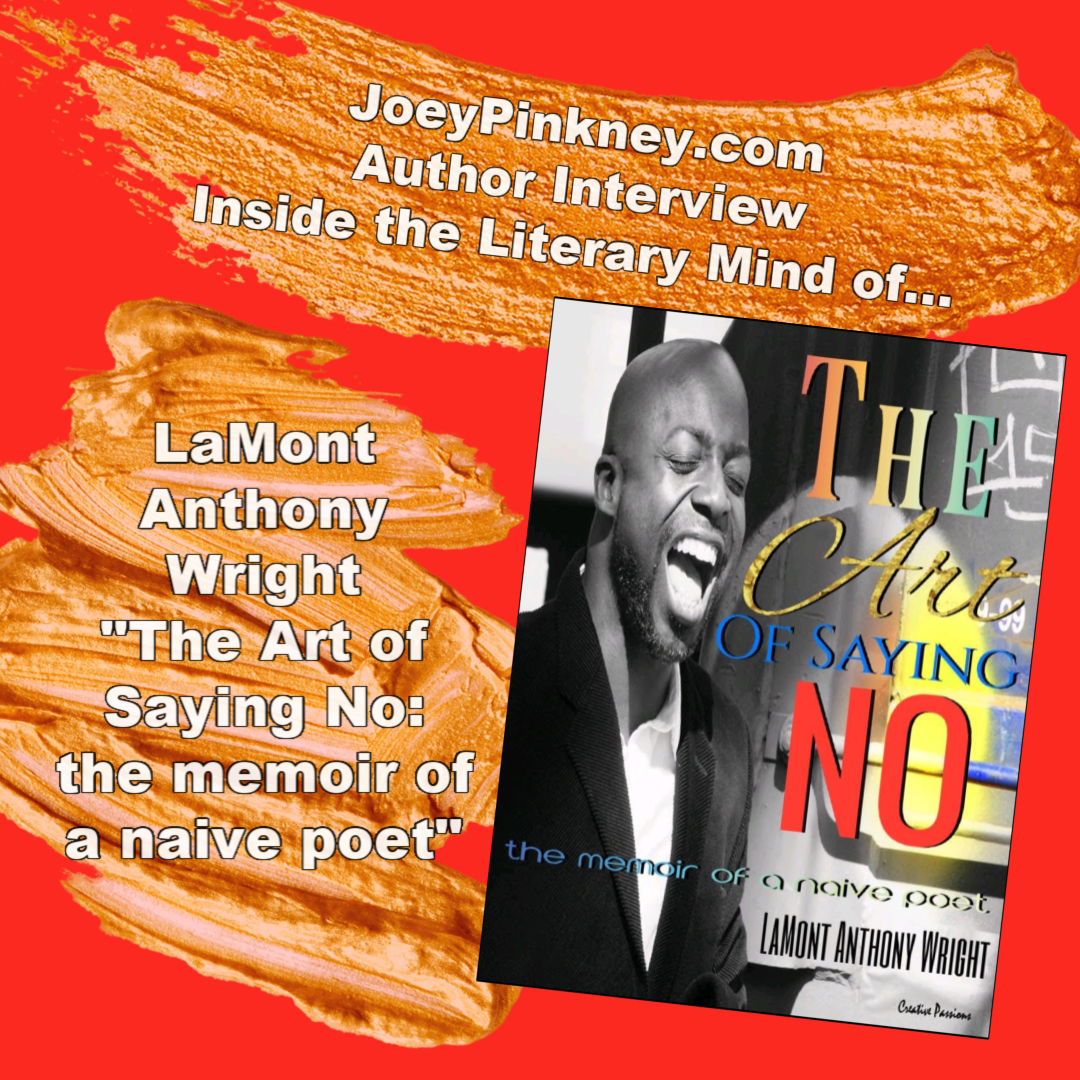 Joey Pinkney: In your coming-of-age autobiography The Art of Saying No: the memoir of a naive poet, you are very careful to tell the truth about your vulnerability as a child and how that vulnerability was replaced with a hardened mindset. Loving yourself means giving yourself room to be vulnerable, but it also means being hardened enough to protect your vulnerability from parasitic distractions. Why was writing about this balance, in the context of your own life, important? And how will your readers most benefit from this aspect of your memoir – the balance between being vulnerable and hardened?

LaMont Anthony Wright: First off, that’s a great question. I have a theory, LOL… I was very curious coming up – as most kids are. Maybe more so, because I am a so-called “creative”. Unfortunately, there weren’t many mentors around when I was coming up. My youth was in the 70’s and 80’s. So between the Vietnam War and Ronald Reagan’s “War on Drugs,” a lot of men who may have been leaders in the community were either dead or in jail.

My father was not a vet or a drug addict.  He was a “rolling stone,” so he paid bills but was rarely around to use the utilities he paid for. Being too “soft” in my earlier days was a direct result of no father being around. Being too “hard”  was the result of following false father figures who were not in my best interest. (I actually had a short run as a bully believe it or not.)

Going from one extreme to the other forced me to learn a lot of life lessons on my own without guidance. After every lesson learned we have an “epiphany,” do we not? After an epiphany I would always say, “I wish I would have had someone warn me about that one before hand.”

I wrote this book so that the reader could have a heads up about some of the ways of the world without having to go as dark as I went. Since words do not teach as well as experiences, this book gives you straight talk before you walk the walk. Know this, I don’t have a single regret experiencing what I’ve experienced. Whomever reads this book, will benefit from it, having been shown the darkness mankind is capable of and how to be a light regardless of how dark it gets.

JP: How did you settle upon the title and subtitle of this memoir? Why did you choose “no” as opposed to “yes”?

LAM: The title actually came to me before I wrote the first line of the first chapter. My good friend would always tell me “No is a complete sentence” – realizing that saying “No” was a struggle for me for quite awhile. I was certainly too “agreeable” once upon a time, and I did not realize what some people are capable of.

Manipulation, selfishness, narcissism, and other “broken” elements to a person’s character, are things we typically learn about people after we’ve been burned by them. As you well know Joey, a person can only take so much. However… Not taking any “wooden nickels” has its karma too. Many folks shame you, or they turn negative when you don’t let them push you over. So I made the “No” artistic – highlighting every “No” so that the reader would realize what they were actually saying “Yes” to. 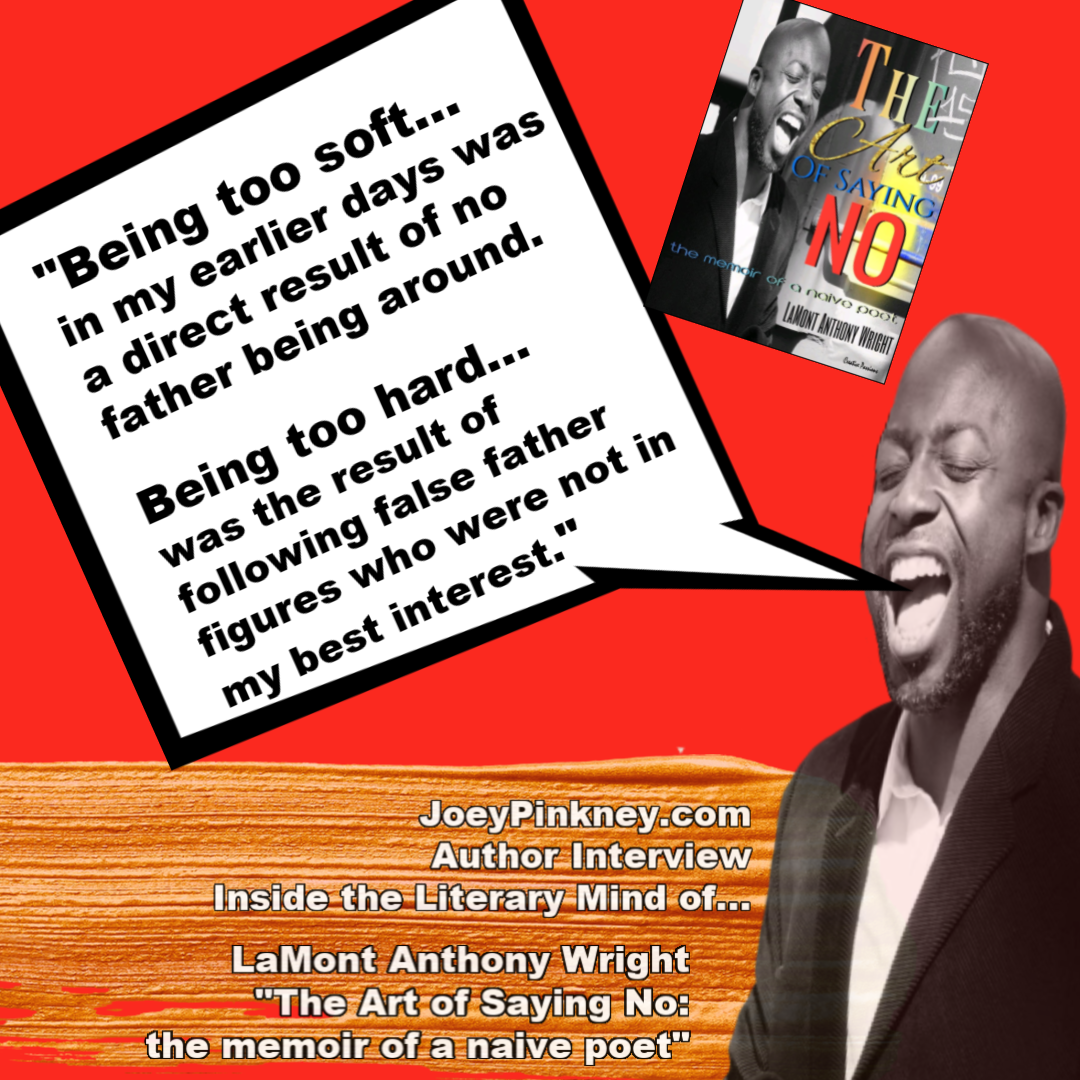 JP: Where there any false starts, or even false conceptualizations, initially?

LAM: I knew exactly what I wanted to write from the start, but the process was not as smooth as that statement suggests. The book went smoothly conceptually but not so much from a content standpoint. The book is filled with plenty of misadventures from a boy who left home at 16 to pursue a career in rap music.

Yet still, there are some stories I had to take out because they were a bit too crazy. So I would write a chapter and be real proud of myself until I read it back. There are some people in the book who’ve gotten thrown under the bus. I spared a few though… LOL

JP: In The Art of Saying No, you detail the many ways your parents, your grandmother, and other family members shaped the many ways you envisioned yourself in the world. What ways have you had to be “you” in spite of who your family, and even friends, knew you to be?

LAM: I was the timid, naive boy turned author/poet and aggressive emcee. I was one of the few in my family to complete college and be published a few times over. Someone once told me “The greenest students make the best teachers” and I believe that.

Every family member I mentioned in this book has told me that they learned as much from me as I learned from them. I would like to believe I gave them hope in a time when hope was hard to find. 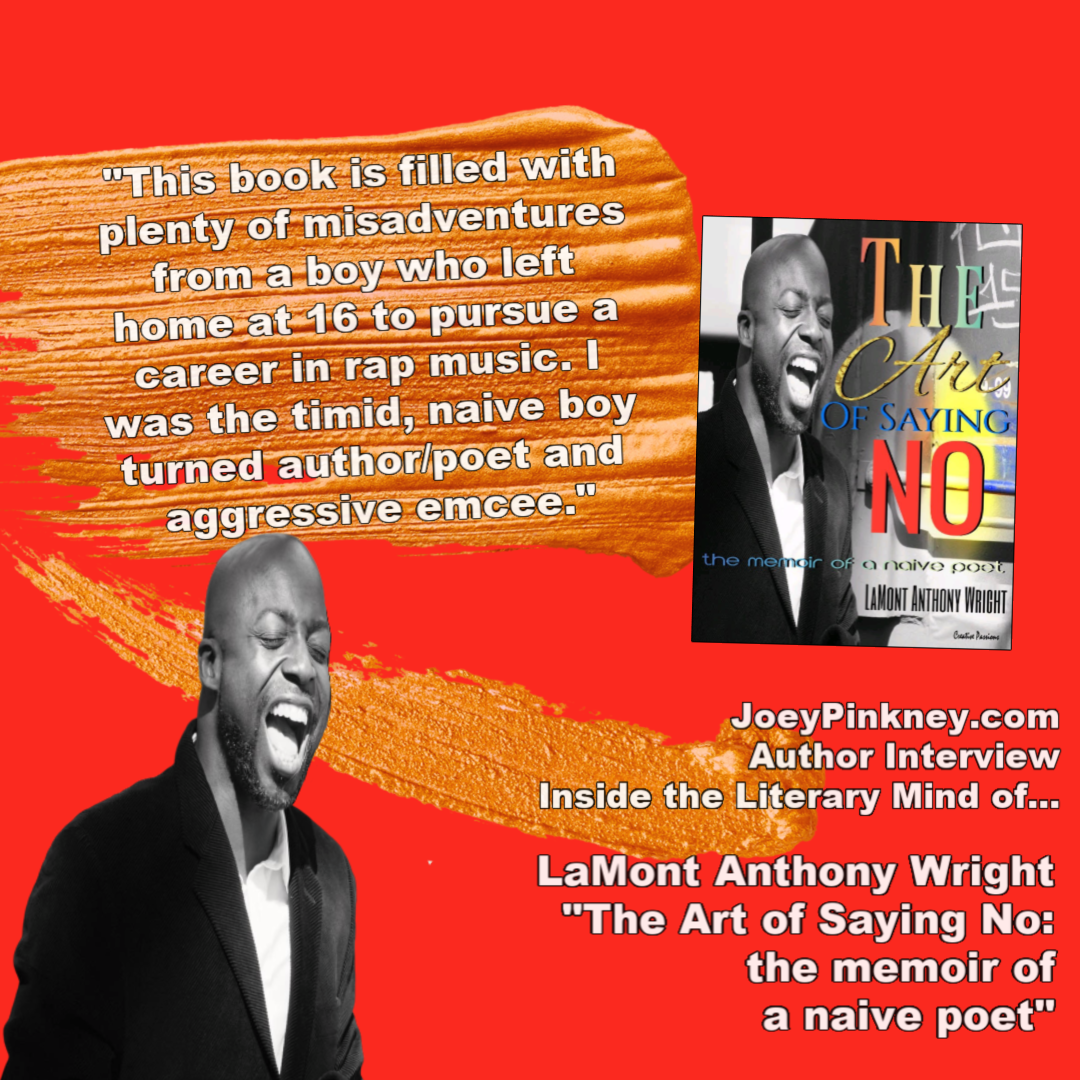 JP: Your creative spirit has taken you in different directions in the
literary world. Each iteration of your creative-self is given the same focus, in terms of detail and technique, with external expression as the end goal. You’re a novelist, a hip hop artist, a poet (both written and spoken word), and with The Art of Saying No, you’ve entered yet another chamber of your literary journey. Most people know the phrase “a jack of all trades, but a master of none.” That’s a shortened bastardization of the original saying. “A jack of all trades is a master of none, but oftentimes better than a master of one.” How do you interpret the original phrase in terms of the viability of your versatility?

LAM: The phrase holds a lot of weight for me to be honest. I believe it to be true. There are many who do more than one thing and many of them are mediocre at everything they do. However, there are a few – a select few -that do many things exceptionally well.

My life’s mission was to find out how to do things exceptionally well. At least, I know what works for me. I have a daily writing cycle. I write every day. What I write depends on where my inspiration takes me.

In the fall and winter, I write novels while indoors and alone with my thoughts. That isolation expands my imagination greatly. It allows me to build worlds in a fictional tale, and it also allows me accuracy in writing nonfiction. When I am in that author zone I am rarely inspired to do anything else but add chapters to the work in progress. I have the same process in the spring for rehearsing for spoken word events and in the summer for making music.

These various trades can sometimes assist one another. When I am in the midst of an epic story, I can get fatigued although my mind, heart, and soul want to create. Working on a song ends up being a great break from the novel or vise versa. Spoken work performances help me write better dialogue for novels. Song writing often bleeds into the books, too. I’ve been told that my books have a musical rhythm to them.

Lastly the jack-of-all-trades saying sticks with me so much because I don’t want to mediocre with anything! Go hard or go home I always say. With The Art of Saying No, I have no doubt that I went as hard as I could – artfully of course.

The Art of Saying No: the memoir of a naive poet on Amazon (print or Kindle): https://amzn.to/2yIPrwS

One thought on “Inside the Literary Mind of… LaMont Anthony Wright, author of “The Art of Saying No: the memoir of a naive poet””