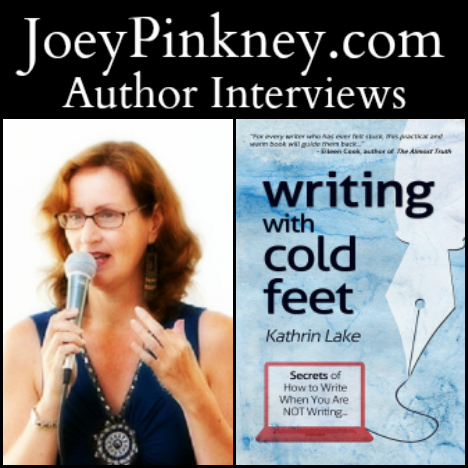 Writing with Cold Feet is not only for blocked writers or reluctant writers, but for all writers. Even bestselling authors have praised this book as a helpful guide that writers can use to find their way back to their muse.

All writers or want-to-be writers will easily relate and be inspired by the stories within. Must read sections are:

Joey Pinkney: Where did you get the inspiration to write “Writing with Cold Feet”?

Kathrin Lake: Writing with Cold Feet was born from a long-running course that began when I was asked to teach a class called “Fear of Writing.” I had no idea what I was getting into and what a life-long journey it would become to help writers not only overcome their writing blocks, but tear down the myths about writers and writing, and create an easy path for writers to discover their own unique writing process. END_OF_DOCUMENT_TOKEN_TO_BE_REPLACED 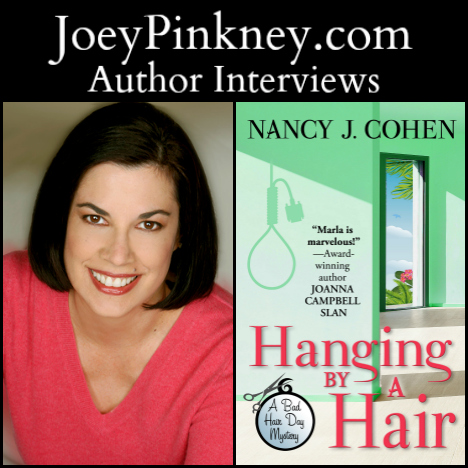 Hairstylist Marla Vail and her detective husband Dalton are delighted by every aspect of their new home, until their next door neighbor illegally erects a fence on their mutual property line.

Marla’s hopes for making friends are ruined by a resultant argument between Dalton and the man, who happens to be the Homeowners’ Association President. Things grow worse when their neighbor is found dead in his home the next day. Despite a suicide note, Dalton suspects foul play, but he’s removed from the case due to a conflict of interest. At her husband’s suggestion, Marla gets to know her neighbors better. One of them might have had a reason to want their president dead.

Is it another board member? Or a local woman he’d spurned? Perhaps the guy’s nephew wants his inheritance? And what about the protesters who disrupt the community rummage sale? As Marla learns more about the guy next door, she discovers ugly truths that a murderer wants to keep hidden.

Can a sharp-witted salon owner untangle the web of secrets before the killer strikes again?

Joey Pinkney: Where did you get the inspiration to write “Hanging By A Hair”?

Nancy J. Cohen: Hanging By A Hair stemmed naturally from the progression in Marla and Dalton’s relationship. They’re recently married and moved into a new house. Marla hopes to make friends at their first homeowners’ meeting, but it doesn’t go as planned when her husband gets into an argument with the association president, who’s later found dead. END_OF_DOCUMENT_TOKEN_TO_BE_REPLACED

When Jeff Dawson penned the memoir “Love’s True Second Chance”, he opened his heart for the world to see. On the surface, this book is an intimate love story between two high school sweethearts who re-establish their bond after decades of separation. Dig deeper, and you will find an amazing maze of emotions, masculinity, life changes and most of all, love.

“Love’s True Second Chance” gives interesting insights on love, life and relationships from a man’s point of view. Jeff doesn’t flat out say, “This is the END_OF_DOCUMENT_TOKEN_TO_BE_REPLACED